This recipe for Apple + Almond Butter Sandwiches from The Whole Smiths is the perfect healthy after-school-snack for kids. Or grown ups! Easy-to-make and naturally low in sugar and gluten-free.

I don’t know about you guys but my kids are always, I mean ALWAYS, asking for a snack. They could have hit up a buffet in Vegas and 20 minutes later I’d be hearing about how hungry they are and how they NEEEEEEED a snack. I’d bet my money that more tears have been shed over snacks in this house than any other thing. No joke. They wanna snack (again), Camryn got more than Teagan, they wanted the DARK pink bowls not the LIGHT ones. My God, who knew there was so much that could go into one stinkin’ snack?!

With all of this being said, I need to have some healthy snacks prepared and in my arsenal to keep my sanity around here. And if I can make it something interesting, rather than my standard handful of baby carrots, the easier my life is.

Who doesn’t love a sandwich?

As illustrated by my children’s love of informercials and commercials, they’re into kitschy. And what’s more kitschy than turning things into sandwiches that aren’t really supposed to be sandwiches? There was an evaluation process in these little life savers. First I started by adding some almond butter to apple slices. But clearly that was way to boring for them and they weren’t all that interested. And for a 3 and a 5 year old it made a bigger mess than I felt like cleaning up, mostly on them. So then I started sandwiching it up and they were interested, but it was even messier. Then I got creative and started adding shredded coconut around the outside to cover up some of the goopy almond butter and we were in business. It also seems cooler to them. I think I even told them it was sprinkles at one point. (My poor kids.)

Get creative with it.

You can also feel free to add lots of other stuff to these. Sprinkle the almond butter with raisins, honey, flax, whatever floats your boat, before you add the other piece back in. I also sprinkle the whole thing up with some honey to a touch of extra sweetness. If you’d like to make this snack Whole30 compliant or have even less sugar, feel free to omit the honey, it’s still delicious. In my “grown-up” version I sprinkle the top with a touch of sea salt and mini chocolate chips for a win. It’s pretty fantastic. If you leave out the honey and chocolate and go with straight up almond butter, coconut shreds, cinnamon and flax it’s a great Whole30 compliant snack for you.

This little ditty is perfect for the kids, you, playdates, real dates, whatever. Enjoy and let me know what other goodies you add to it! 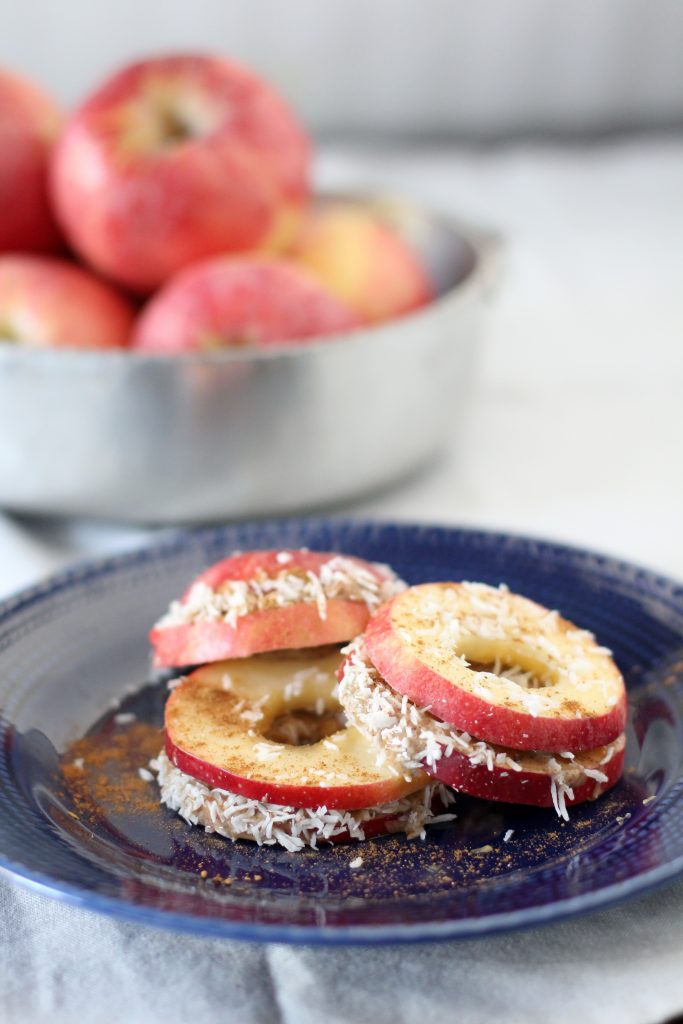 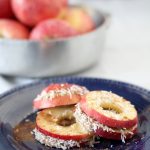 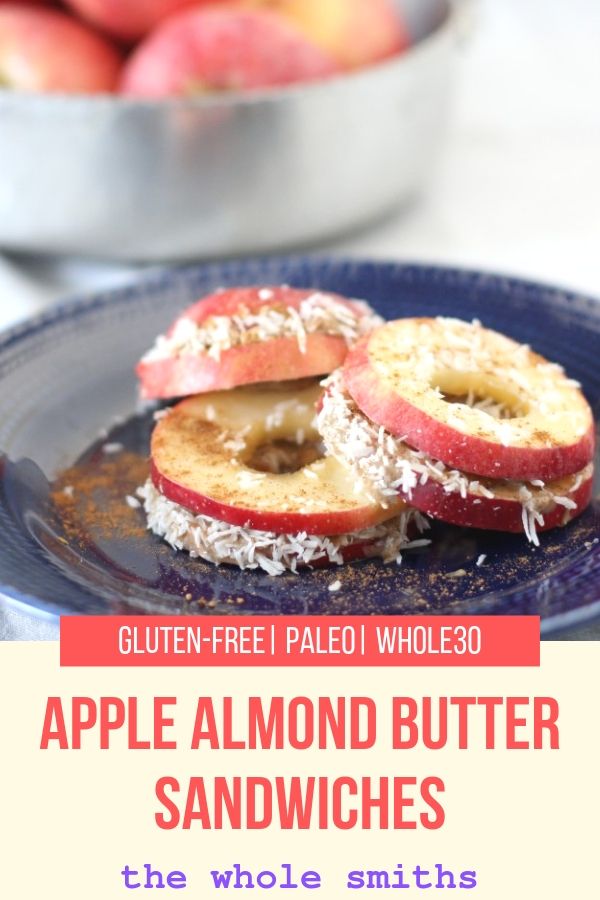 497 shares
Previous Post: « how i doubled the instagram traffic to my blog in one easy step
Next Post: Paleo Friendly Chipotle Potato Salad »
Note: I only work with companies and products that I feel passionately about and that align with the Whole Smiths’ views and that this post contains sponsored content. While I am compensated for the work I do, my opinions and bad jokes are always 100% my own.