I remember back when I very first took the plunge and decided to start following a paleo diet, I was nervous but ready for a change. It all seemed so daunting. Everything was laid out so black and white with dos and don’ts. Every resource I found had an “Eat This” and a “Don’t Eat This” diagram detailing out exactly what I was committing myself to. My head raced with thoughts like the following: “You mean to tell me I’m never going to eat pizza again or have a beer? Ok, sign me up. …I guess?” “What happens if I DO have a bunch or tortilla chips? Did I fail this thing? Will the Crossfitters come and nail me to a stake?” “Speaking of Crossfit, do I have to join THEM now too? Ugh!”

At that time, I thought I was forever swearing off everything on the “Don’t Eat This” list. I mean, that list was paleo purgatory, right? In the beginning, I felt terrible whenever I ate something off of that forbidden list. I felt like I had failed at this whole paleo gig. Regardless, I kept going. I didn’t quit and say this wasn’t for me. I kept making better decisions and moved on from it. Although the guilt always stuck around. 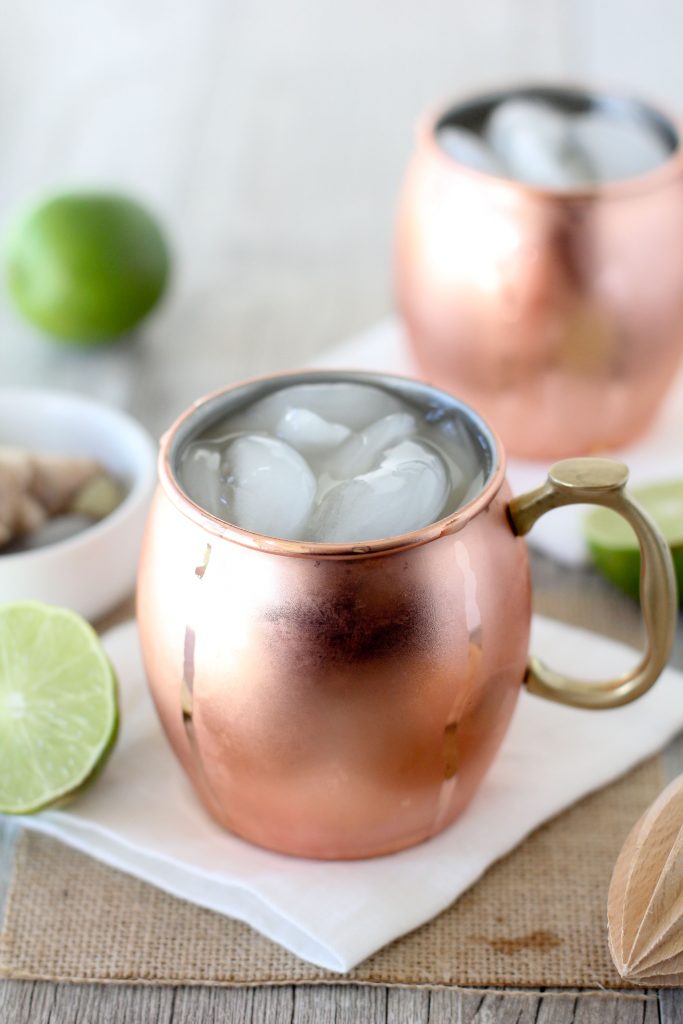 As time went on, more and more healthy diet choices began to stick. I was now consistently having veggies and eggs at breakfast rather than oatmeal and sandwiches weren’t my go-to lunch anymore. When I DID eat something off of that dreaded “Don’t Eat This” list, it didn’t seem to matter so much anymore because most of my diet HAD changed. There was now wiggle room for things that just felt damn fun to eat even if it didn’t make me feel like a hundred bucks after.

Fast forward to today and what paleo means to me. It doesn’t mean a list of foods that make it into one column or the next. For me it’s simply about eating as many non-processed foods in my diet as possible and limiting the processed or inflammatory foods that don’t make me feel great. That’s it. 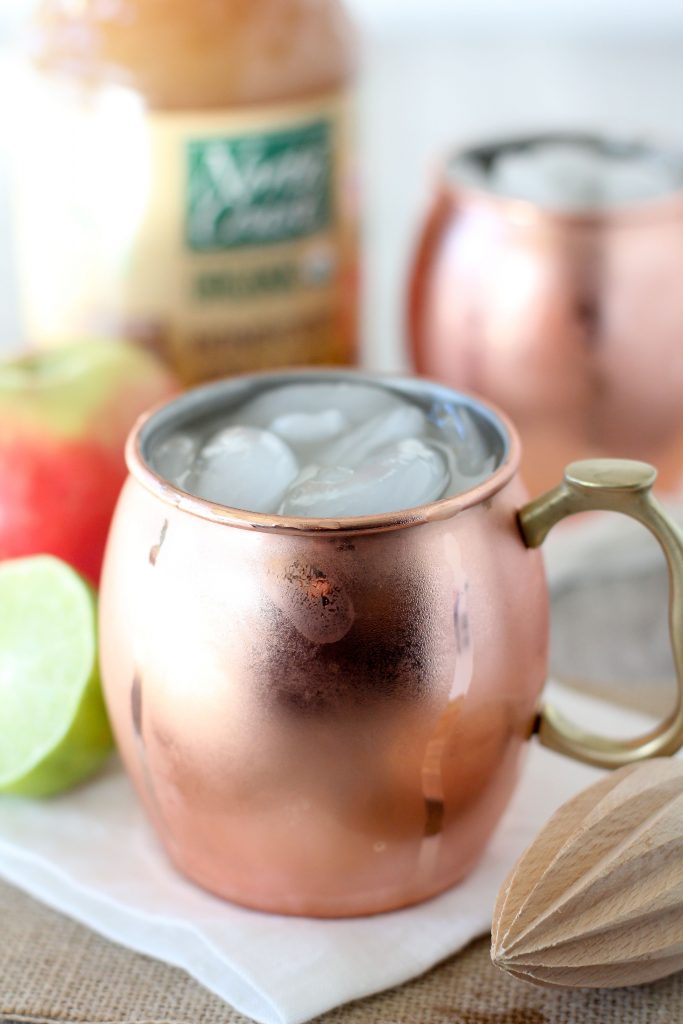 Here’s what that looks like in real life… This month we went out to pizza for my daughter’s birthday because that’s what she wanted for her birthday and I ordered myself a little gluten-free pizza to indulge in. And it was worth it. I loved sitting there celebrating her while I noshed on my Pizza Verde. It also means I don’t sweat it if my kids are at school and make s’mores or whatever it is they do in preschool these days. Most of what we eat at home is on point and it’s important to me that we don’t demonize less than favorable food choices. Particularly to two small girls growing up in a media obsessed culture.

It also means if I go out with my friends, I have a couple of drinks. In my mind, cocktails will always win out over wine or beer. I think the foodie in me loves the art of a well-made cocktail. It’s similar to making a perfectly balanced meal, just in a glass. I usually try to find the cleanest drink available that isn’t loaded up with artificial colors, flavors and syrup-y sugars. Sometimes though, that means I end up with a gin and tonic. 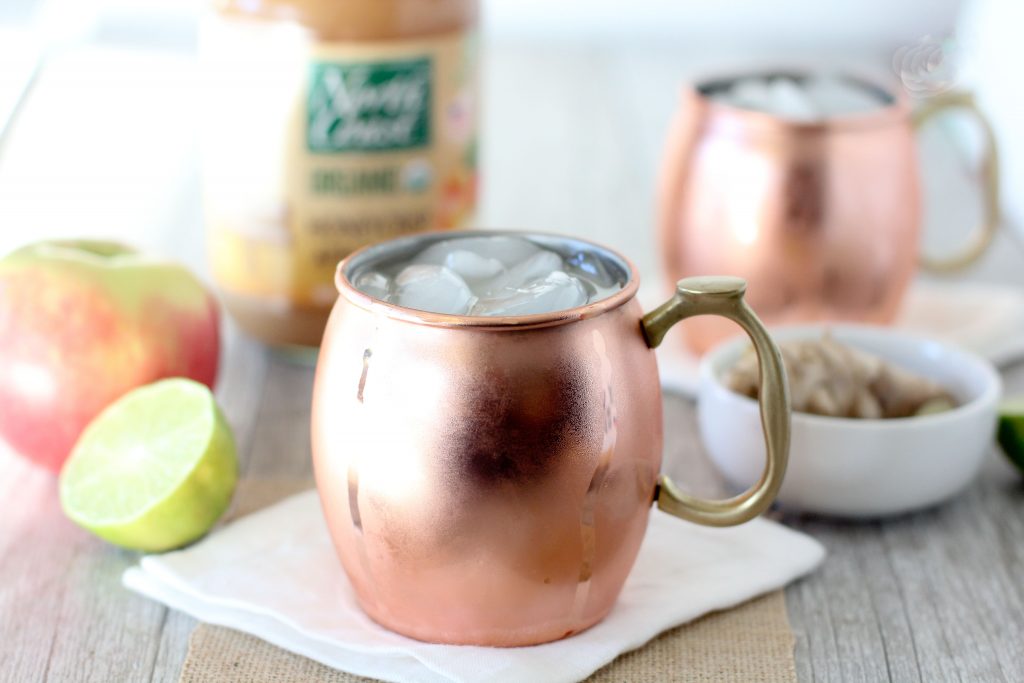 Regardless, that’s where my diet is today. Do I still feel guilty if my diet isn’t impeccable? Yes. Am I getting over that? Slowly. Will I ever fully? Maybe. Regardless, I know and understand food and how it works with my body more than ever and truthfully, that’s half the battle.

With that, I’m going to leave you with this bomb Apple Cider Moscow Mule. Never one to leave well enough alone, I had to tinker with the classic mule. As you know, my love for North Coast Organic runs deep as evidenced by my Gluten-Free Apple Bars, Apple Cider Braised Chicken and Collards and Pumpkin Apple Oatmeal Bake.

It only made sense that I took their organic apple cider and added it into a mule. In case you didn’t realize it, apple and ginger go together like tomato and basil. Like, strawberries and cream. And Kanye and… Kanye.

I also made sure to add some fresh grated ginger to add an extra burst of flavor. Make sure you use a microplane to grate that however, you don’t want large chunks of ginger floating around in there. Gross.

This weekend, make yourself a clean(er) cocktail and enjoy. And keep on keeping’ on. 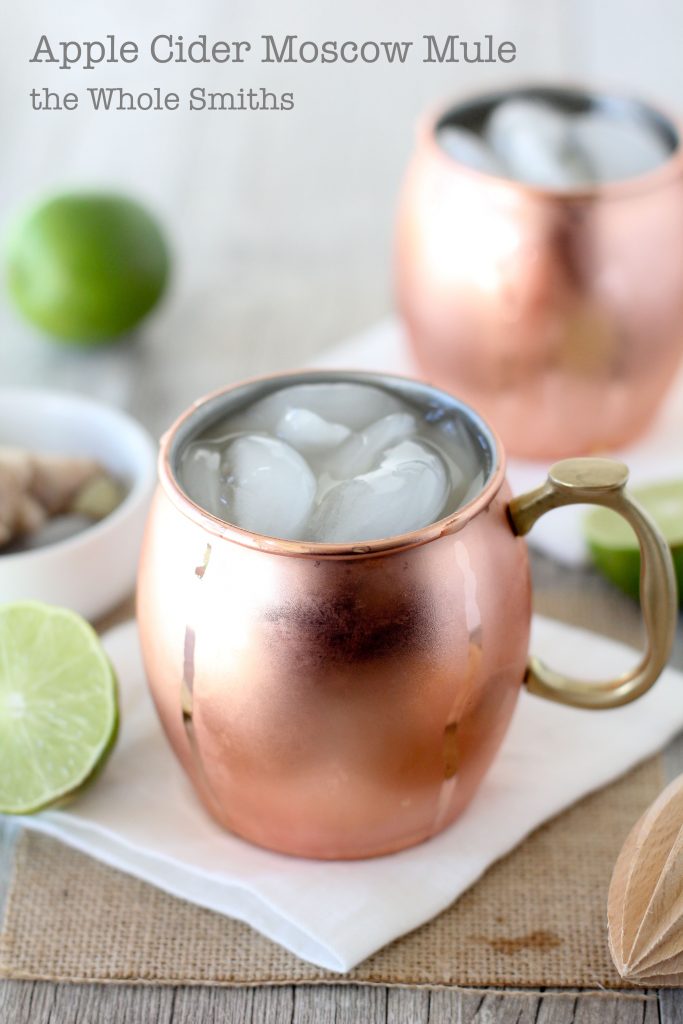 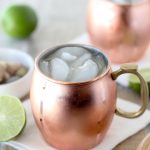 And easy-to-make craft cocktail from the Whole Smiths. This Apple Cider Moscow Mule is made with clean ingredients and will impress all of your friends at your next gathering!
Prep Time5 mins
Cook Time1 min
Total Time6 mins
Course: Beverage
Cuisine: Paleo / Gluten-Free / Vegan / Vegetarian
Servings: 1
Author: the Whole Smiths

30 shares
Previous Post: « Gluten-Free Healthy Apple Bars
Next Post: Fig + Bourbon Glazed Ham »
Note: I only work with companies and products that I feel passionately about and that align with the Whole Smiths’ views and that this post contains sponsored content. While I am compensated for the work I do, my opinions and bad jokes are always 100% my own.