This week’s of Item of the Week at local Whole Foods is Portuguese wine. Buuuut I just made some sangria for you so the marketing manager I work with had the brilliant idea to pair it with a Portuguese dish! I paired this soup with Perequito and it was delicious.

When researching Portuguese food I realized it would be hard to paleo-fy. Until a friend mentioned this little dish. Basically it’s a Portuguese kale and potato soup. I’ve been noticing lately that white potatoes have been bothering me lately so I reduced the amount down to just three small red potatoes and replaced the rest with some parsnip. The parsnip added a bit of sweetness while the potato was still there to add some substance to the broth.

For the sausage I added linguisa but chorizo makes a great alternative as well.

And you know what? I have to be honest, I was nervous my kids wouldn’t eat it because it’s predominately kale. (And hot dogs as Teagan would like to say) But they gobbled it up! Like super quick, no complaints. So score!!

So this is a great way to pack in some kale especially when we’ve been resided ourselves to just adding it to smoothies because we’re sick out it. (Hi Dolly!) It’s also freakishly easy and quick. SO give it a go and let me know what you think! 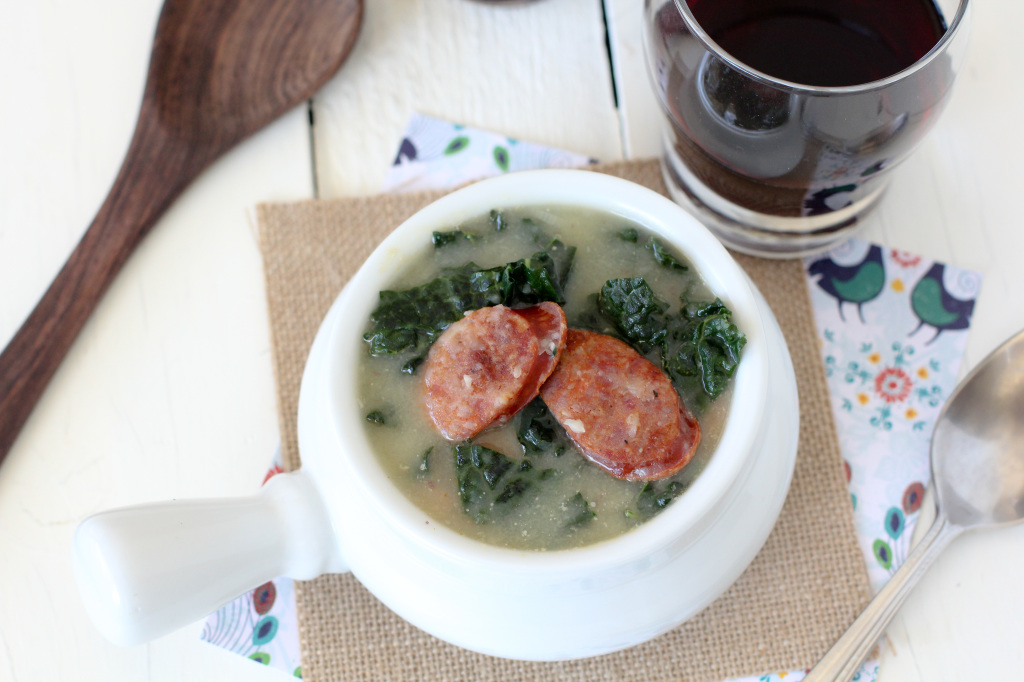 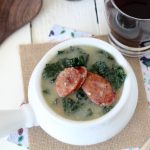 2 shares
Previous Post: « Stuffed Squash with Fennel + Mushrooms
Next Post: Braised Halibut + Pistachio Gremolata »
Note: I only work with companies and products that I feel passionately about and that align with the Whole Smiths’ views and that this post contains sponsored content. While I am compensated for the work I do, my opinions and bad jokes are always 100% my own.