The Whole Smiths brings you the quintessential brunch necessity, a Pulled Pork + Bacon Hash. In partnership with Farmer John, this is a recipe you’ll want to make over and over again.

Over the years, life has taught me many lessons… No matter how crazy your dream may be, believe in it, follow it and don’t believe the haters. What matters most are the people in our lives. Fun is way underrated, we need more of it in every day. And perhaps the most important, when you’re invited to a bacon party, you don’t say no. So when Farmer John not only invited me to their Bacon Brunch in San Francisco but also asked me to do a Bacon Bloody Mary demo, there was no way I could say no to that. 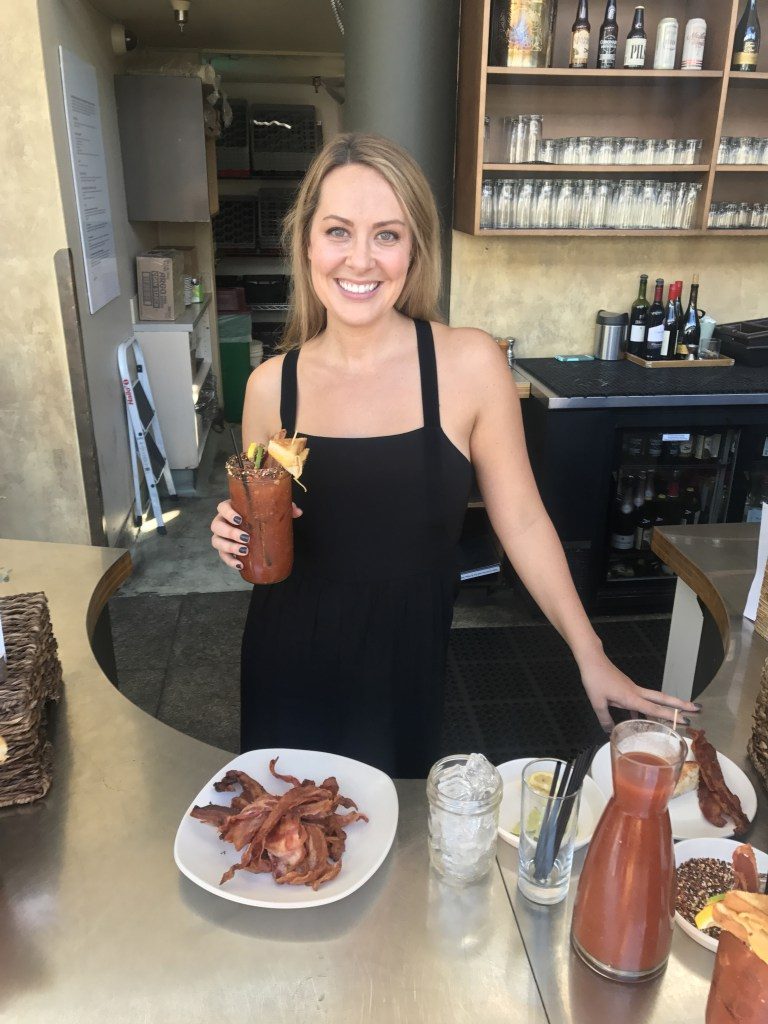 How bacon has become such an iconic food is easy to understand. No other food packs as much salty flavor into one small bite than bacon. It’s no wonder bacon is one of the few foods to develop such a cult following. Early thinkers such as Homer Simpson helped propel bacon to the status it retains today. And quite frankly I can’t think of one dish, recipe, or meal that bacon doesn’t make better. Including desserts.

Ok, on to the brunch. If the term “bacon bonanza” was ever to be used to describe anything, this would be it. Farmer John nailed it. I’m pretty sure the scent of bacon wafted throughout the entire city of San Francisco that day. Bacon lovers across the Bay gathered to delight in everything bacon. Surprisingly however, there were no vegans in attendance. We started off with the biggest Maple Bacon donuts I’ve ever seen. It’s probably a good thing I can’t indugle in gluten because I would have downed four of them. The smell of those donuts alone was worth going to this brunch. It was heavenly. Fortunately there was so much more bacon goodness to come. 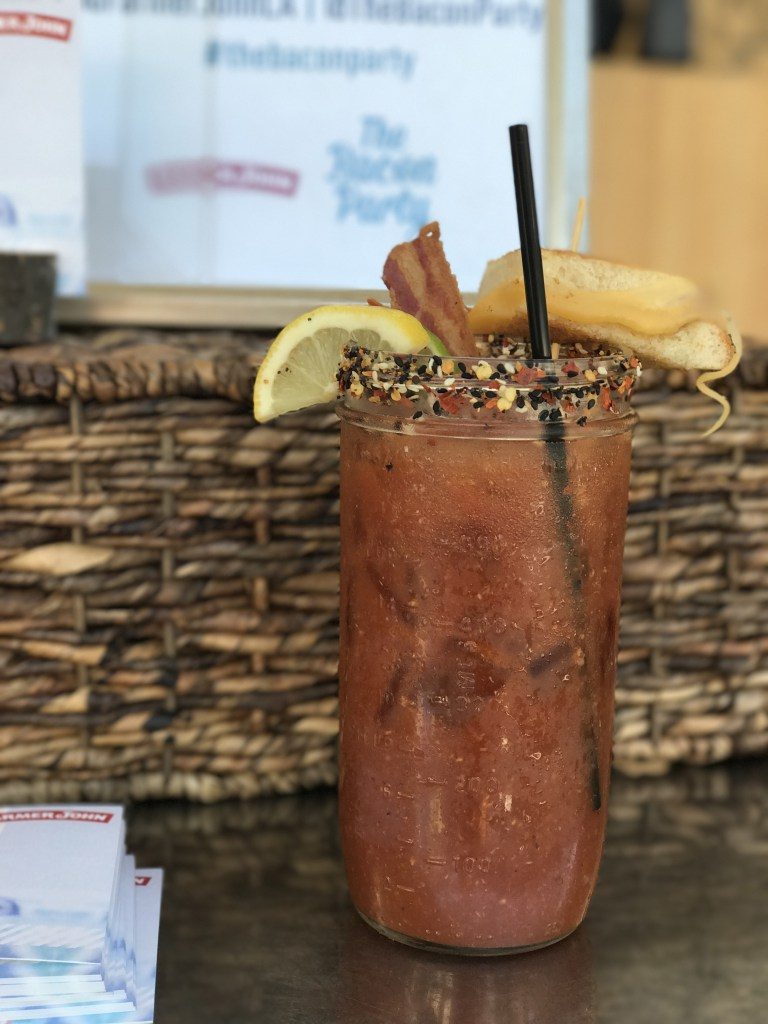 Next up was the bacon Bloody Mary’s and you can see some of my demo and the recipe below. As a self-proclaimed Bloody Mary aficionado, Farmer John nailed it. For me I had to personally omit the grilled cheese (that darn gluten thing) and was super bummed about that but it was just as delicious without. I always think of a Bloody Mary as a meal in a glass (don’t judge) as you have to create the perfect balance of flavors and this version was just that.

The rest of the menu was loaded up with all things perfect for a Bacon Brunch. Which got me thinking… I need a great new bacon brunch recipe to add to my blog! This Pulled Pork Hash was inspired by my time at the Bacon Brunch. I also realized that the combination of pulled pork and bacon was a match made in heaven. The bacon brought the perfect salty and smoky balance to this recipe and I could not stop eating it. Neither could my husband. Throw in some potatoes and I feel I could have powered through anything that day. 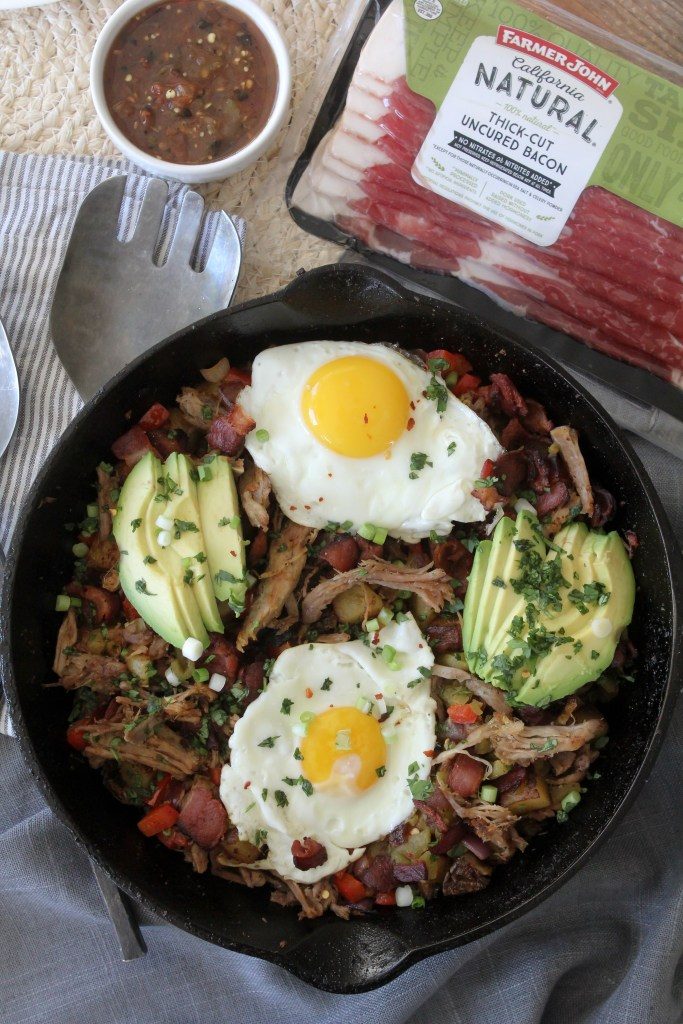 As far as the pulled pork goes, make it ahead of time. Whether it’s in your slow cooker or pressure cooker, make it in advance. Just a head’s up, you will have leftover pulled pork, which is always a good thing. For that you can thank me later. I purposely created this recipe so that you would have additional pork to use in recipes throughout the week. I didn’t make sense to use a smaller portion not only because they don’t usually sell pork shoulder it in that quantity but because I’m all about convenience and if you’re going to be making pulled pork you might as well make a large batch and have some on hand. 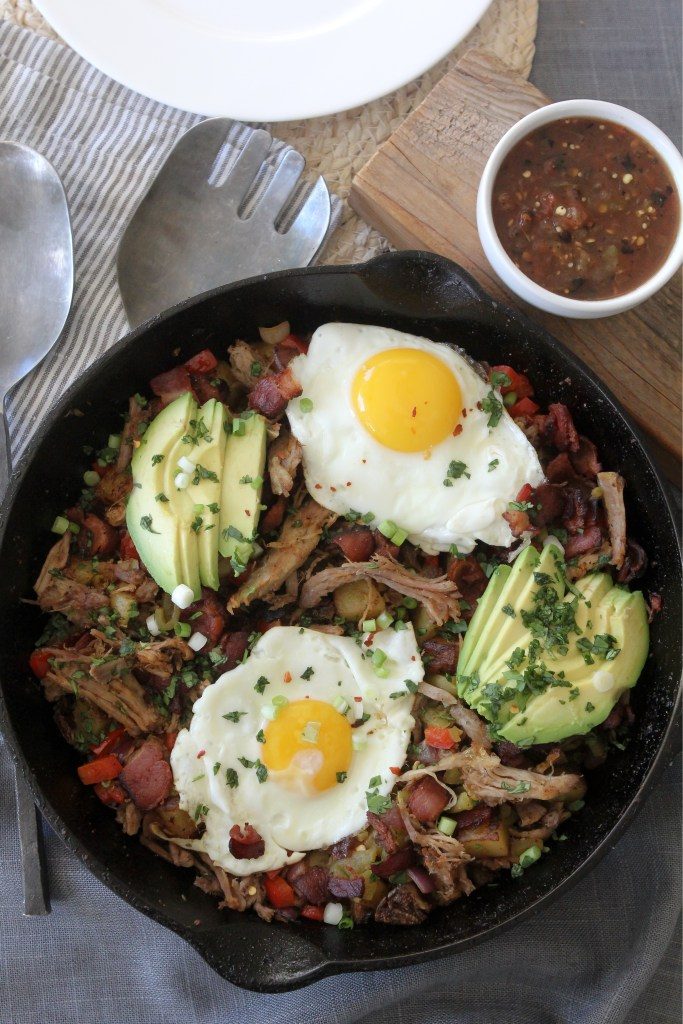 What do you think? Would this make a great addition to your brunch rotation?

For the pulled pork:

Top with any or all of the following:

For the Pulled Pork:

did you make this recipe?Tag @thewholesmiths on Instagram
149shares
Previous Post: « Peppermint White Hot Chocolate
Next Post: Stocking Stuffer Ideas That Aren’t Candy »
Note: I only work with companies and products that I feel passionately about and that align with the Whole Smiths’ views and that this post contains sponsored content. While I am compensated for the work I do, my opinions and bad jokes are always 100% my own.

Ah, memories. Hope you all have a special Sunday r