Summer is just around the corner and what says summer better than a nice berry pie? Ok, maybe a grilled burger and hot dog might come close but, whatever. It’s berry season and it’s time to take advantage!

This post was actually THIS CLOSE to being a strawberry poppy seed dressing. Which still sounds pretty great but I nixed it at the last hour. Want to know why??

Well as it turns out, a former colleague of mine, Nick Nappi is currently a contestant on Fox’s Master Chef. (So tune in to cheer for him and you can  follow him on Facebook HERE.) Last week’s challenge was for them to bake an apple pie and it got me thinking… if it was me up there I’d be damn sure I was heading home that day because I have no idea how to make a proper paleo pie crust. So Wednesday night I switched up my game and figured out exactly what kind of crust and pie I wanted to make. Whole Foods’ One Day Sale Item this week is berries so it seemed to me that the universe was telling me to make a berry pie. And blueberry it was.

It took me a couple of tries to get this just right but I finally figured it out and am happy to say it’s delicious! Something I wanted to keep in mind while developing this recipe was to keep the crust simple enough for anyone to make. I always seek out to make my recipes day and doable for everyone and sometimes pie crusts can be a little tricky.

As far as the crust goes, you have a couple of options here. There’s enough of the dough to create the bottom crust and a full top crust. But personally I really like the taste of the berries and think a full top crust takes away from that a bit and makes it a bit heavy for a summer pie. And it’s kind of a pain if you ask me, and I’m a bit lazy so I opted for option number two.

The other option is to roll out the dough and cut some shapes out using a cookie cutter and place them on top. I love how festive it looks and for me personally it gives a better filling to crust ratio. It’s your call. You can also add a bit more sugar to the remaining dough, cut them into cookies, bake them and you have yourself a nice little shortbread cookie. In fact, I’m planning to post a separate recipe for those with some different variations that you can make so stay tuned.

A secret to this pie to definitely mashing the blueberry mix up a bit to release some of the juices before you load them into the pie crust. That way when it bakes it gets nice and syrupy. And personally I like this pie more once it’s chilled. Maybe because it’s almost summer? It tastes delicious warm too so that will be simply a matter of personal preference.

I also love the flavor the cinnamon adds to this so make sure you don’t skimp on it!

Anyways, don’t let this pie intimate you as it’s pretty simple and it’s the perfect thing to take to any summer get together. 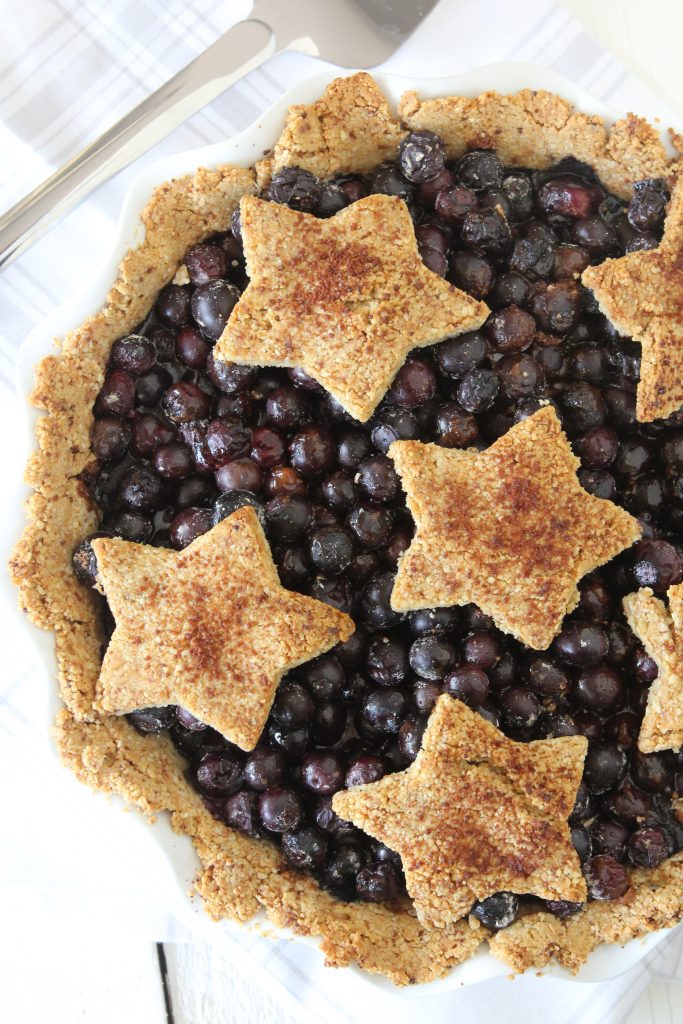 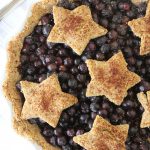 36 shares
Previous Post: « Grilled Pork Chop + Grape Chutney with Parsnip Puree
Next Post: Green Chile + Chipotle Mayo Burger »
Note: I only work with companies and products that I feel passionately about and that align with the Whole Smiths’ views and that this post contains sponsored content. While I am compensated for the work I do, my opinions and bad jokes are always 100% my own.