This week’s One-Day Sale Item at Whole Foods is 20% off their fresh cut cheeses in the cheese department. You can see where the dilemma may lie for a paleo blogger creating a recipe for this! But the truth of the matter is that I DO still indulge in cheese from time to time as do other people following a paleo diet. In fact, many people follow a 80/20 rule when it comes to food choices. With that being said, there’s a right and a wrong way to do cheese if you’re following a paleo diet and decide to indulge.

Let’s just say that Cheez Whiz and Ritz are out. But you CAN make better choices. These choices include aged hard cheeses, raw milk cheese and sheeps’ milk cheeses. Those alternatives are often times tolerated by our bodies much better than your standard, highly-processed, cows’ milk cheeses. And here’s why:

Most people aren’t able to tolerate cheese because of the lactose in it. That’s another word for the sugar found in dairy products. We simply don’t have the enzyme to break down the lactose properly. In turn, this leads to inflammation i.e. bloating, gut irritation and more. When reading labels, look for cheeses with the lowest sugar counts. However, much of the less processed cheeses you find at dairy counters don’t have nutrition facts on them.. so what now?

Well, lactose is at it lowest levels in hard, aged cheeses because of the cheese making process. During that process, most of the lactose is removed with the liquid whey and what’s left of that is turned into lactic acid, leaving you a cheese very low in lactose and thus less likely to cause inflammation.

As well, raw cheeses are a great alternative to try. Raw cheese is simply unpasteurized cheese. Here’s the simple explanation, when cheese is pasteurized, it kills off all of the bacteria, good and bad. It is then fortified back with manufactured probiotics, not the real stuff. Those real probiotics found in raw cheeses are an essential part of our gut health. And as we know, probiotics aid in digestion, strengthen our immune systems and assist in reducing inflammation. All good things.

And finally I am brought to sheeps’ milk. What are the benefits of sheeps’ milk that you aren’t going to find in tradition cows’ milk? Well for one it contains higher levels and a wider variety of nutrients such as folic acid, your B vitamins, A, C, D & E and vitamins, beta carotene, zinc, iron, magnesium and etc. etc. As well, the fat particles in sheep’ milk are smaller and easier to digest. There’s also 3 times as much whey proteins. And in my opinion it’s often tastier and has a better texture.

If you don’t have issues tolerating dairy, then by all means enjoy other varieties. One thing you CAN search for however is an organic cheese. We all know the benefits of eating organically but they are especially important in cheese because it has a higher fat content than other dairy products. And in that fat content is where much of the highest concentrations of hormones and antibiotics used in livestock is found. So go organic! I also love finding small local farms to support because, duh. So look for local options near you.

So there are some cheeses you can check out if you’re looking to have a bit of dairy. But don’t go throwing it on some cracker.  No, no, no. There are so many other things you can pair cheeses with. So I went ahead and picked out some delicious cheeses for you to try and included a paleo alternative of something to pair it with. I have to say, this was pretty fun and I think I did pretty well if I don’t say so myself.

First up is a raw sheeps’ manchego by Mitica. I paired this with some truffled marcona almonds. 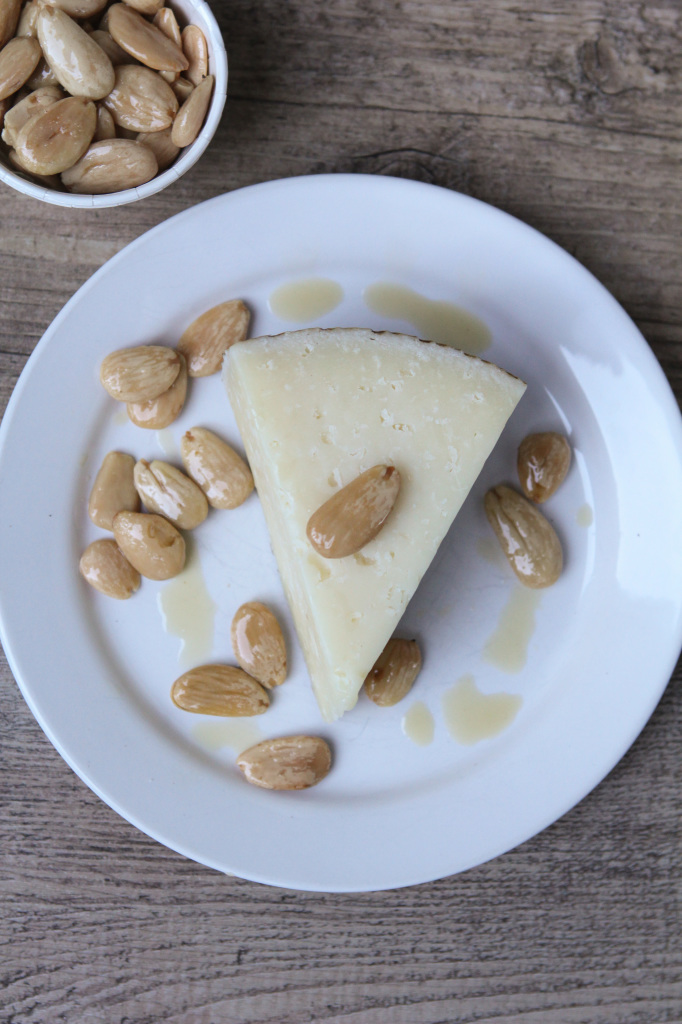 Second in line is a hard, aged Dry Jack by Vella paired with some dried apples (NOT apple chips) and dried apricots by Newman’s own. The only ingredients in these are the fruit itself. Not artificial colors, flavors, sugars. nada, just the fruit. 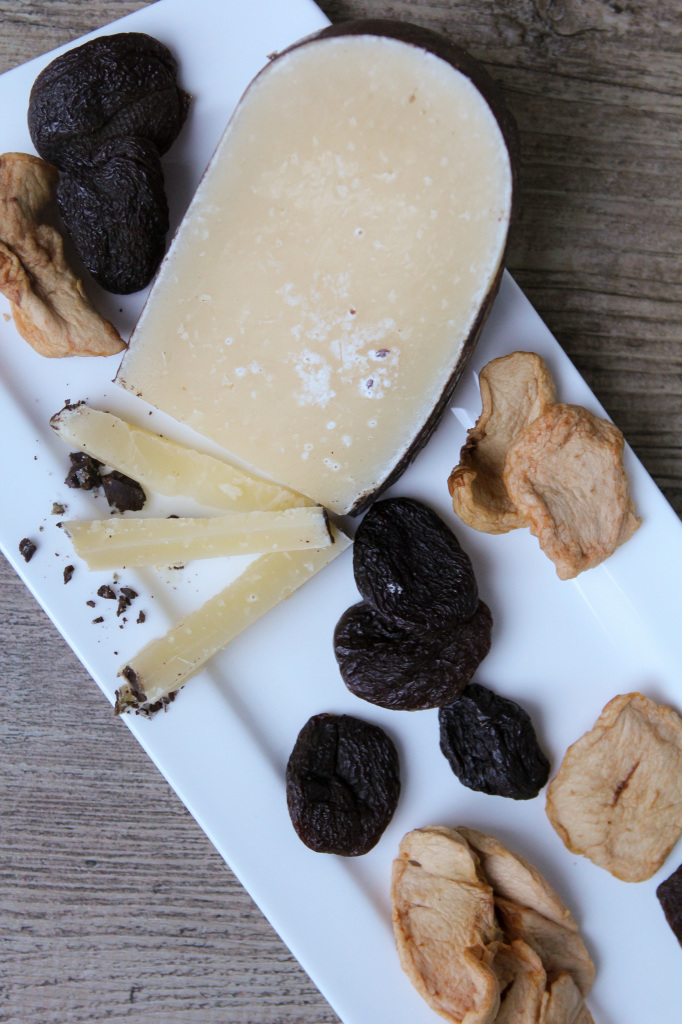 And finally a local personal favorite of mine from SF’s very own Cowgirl Creamery, their Devil’s Gulch. I paired it with some orange blossom honey that I drizzled over top. I threw this one in here for those who don’t have a problem  with dairy because it’s a real treat. It’s organic and local but it IS pasteurized cows’s milk. So buyer beware. But buyer beware it is also delicious. 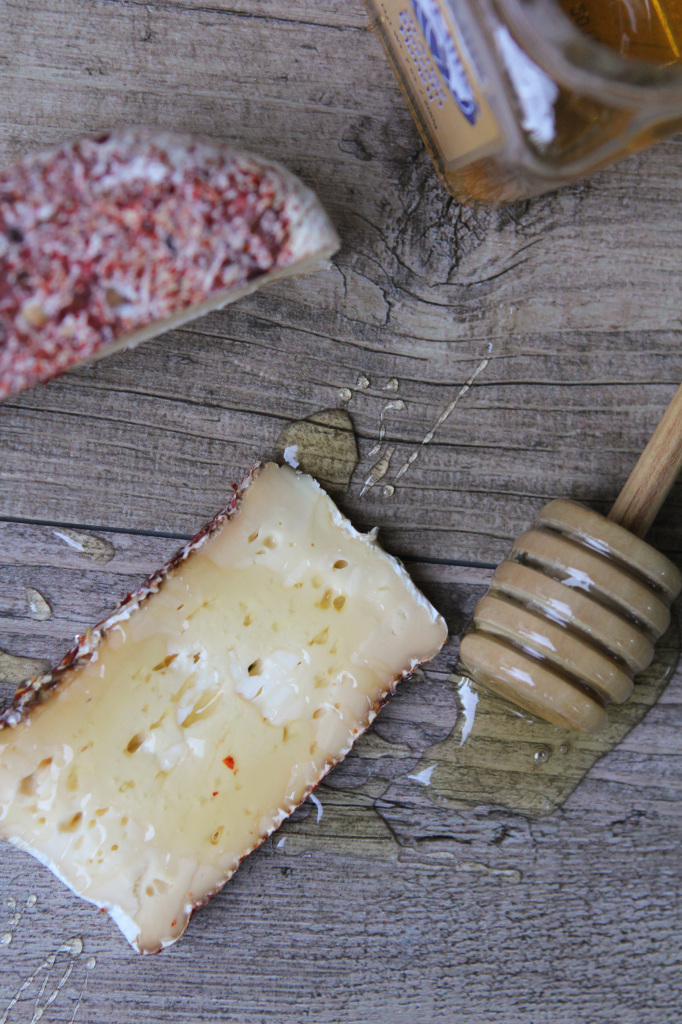 So now you know a bit more about dairy and cheeses and how if you’re looking to indulge you can make a better decision!

0 shares
Previous Post: « paleo bbq sauce
Next Post: spatchcocked chicken with lemons + olives »
Note: I only work with companies and products that I feel passionately about and that align with the Whole Smiths’ views and that this post contains sponsored content. While I am compensated for the work I do, my opinions and bad jokes are always 100% my own.