I’m so excited for this collaboration with Olive You Whole! Caroline and I first discovered each other on Instagram where we instantly connected. When one day she posted a picture of a gorgeous basket of figs, it got me thinking to this fig crostini I used to make pre-paleo. This thing was the bomb. I mean it had a fig compote I roasted with rosemary, amaretto, orange zest and was topped with some crumbled gorgonzola on a crusty little crostini. Totally paleo, huh?

So when I found myself longing (yes, longing) for this crostini, I decided to try and make a paleo version. The flavors wouldn’t be quite the same but I knew I could modify it somehow. Caroline over at Olive You Whole and I started talking and we decided we would both try to come up with a new paleo version of a fig crostini.

The first part we needed to tackle was going to be the crostini. How the heck was I going to come up with a crispy little vehicle to deliver all this foggy goodness? Then I remembered something delicious from Danielle Walker’s blog, Against All Grain, her World Famous Sandwich Bread! I knew unlike other paleo breads I had was supposed to toast up nicely.

Once I had the crostini part figured out, the rest was a breeze. I did try desperately to think of some sort of “cheese” substitute I could use, but came up empty handed. BUT! If you choose to crumble some goat cheese on top I definitely won’t judge you and I won’t tell! I just didn’t have that option this go ’round. 😉 Instead, I decided to use a small piece of salty bacon to compliment the sweetness of the figs. And drum roll here is the final product! 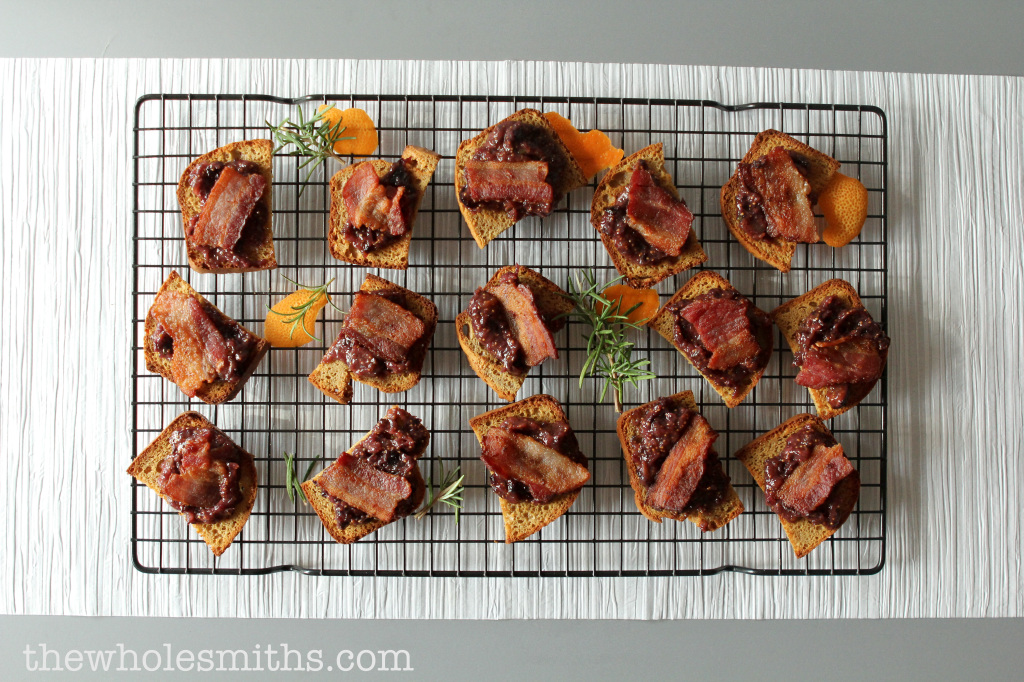 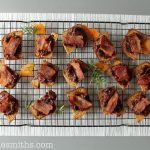 And here’s the final product from Olive You Whole! Make sure to head on over to her post HERE to see what goes into it!

And now you have two awesome paleo option for appetizers that are sure to be a hit at any party!

0 shares
Previous Post: « Olive Oil Pesto Mayonnaise
Next Post: Dark + Stormy Cocktail »
Note: I only work with companies and products that I feel passionately about and that align with the Whole Smiths’ views and that this post contains sponsored content. While I am compensated for the work I do, my opinions and bad jokes are always 100% my own.