This Hash Brown Crust Quiche Lorraine from The Whole Smiths is the perfect make ahead breakfast or brunch alternative. It’s gluten-free and grain-free. 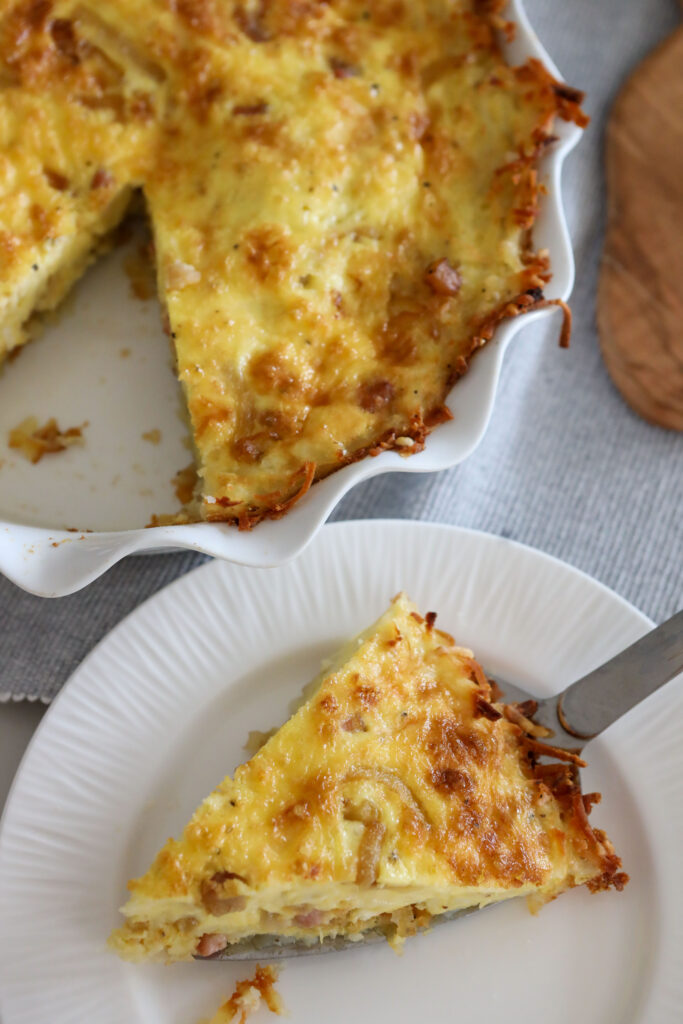 This Hash Brown Crust Quiche Lorraine recipe is available exclusively to our Patreon community. You can join us there where we share four brand new recipes, host two live cooking classes, bonus podcast content and more every month. All new recipes from The Whole Smiths will be shared there.

In my book a frittata is just a naked (ie crustless) quiche. But the crust is just so good, it’s hard to not feel like something is missing in a frittata. Until now. Being gluten-free I usually have to forgo that extra layer of goodness. Rather than whipping up a gluten-free crust from scratch, which, let’s be honest, isn’t going to happen, I realized I could turn some hash browns into that golden crispy crust and feel just as satisfied.

So the golden question.. Is this even a quiche? Do hash browns count as a crust? Can I even call this a Quiche Lorraine?!

It worked! And you get the gist of what this dish is supposed to be. I’m not a culinary snob. A quiche can feel intimidating at first (honestly, I think it’s the crust) but really it’s just whisking and baking for the most part.

While I would say this recipe is a bit on the more indulgent you can lighten it up by using some coconut milk in lieu of the dairy milk or omit the pancetta or bacon altogether. Or leave the cheese out. None of those will change the consistency of the dish and make it not work but it will alter the taste a bit. I always suggest making a recipe as-is the first time and see what you’d like to change, if anything.

I also don’t stress if I have a breakfast like this as it uses real food ingredients. Not to mention, it serves 6 – 8. ⅙ of a cup of cheese or ⅙ of a cup of milk isn’t going to make or break anything for you. It’s a recipe where portion control is more of a consideration. If you eat half of it (which trust me, you’ll want to) you may feel a little differently. It’s a hearty dish and you won’t need a ton to feel satisfied. 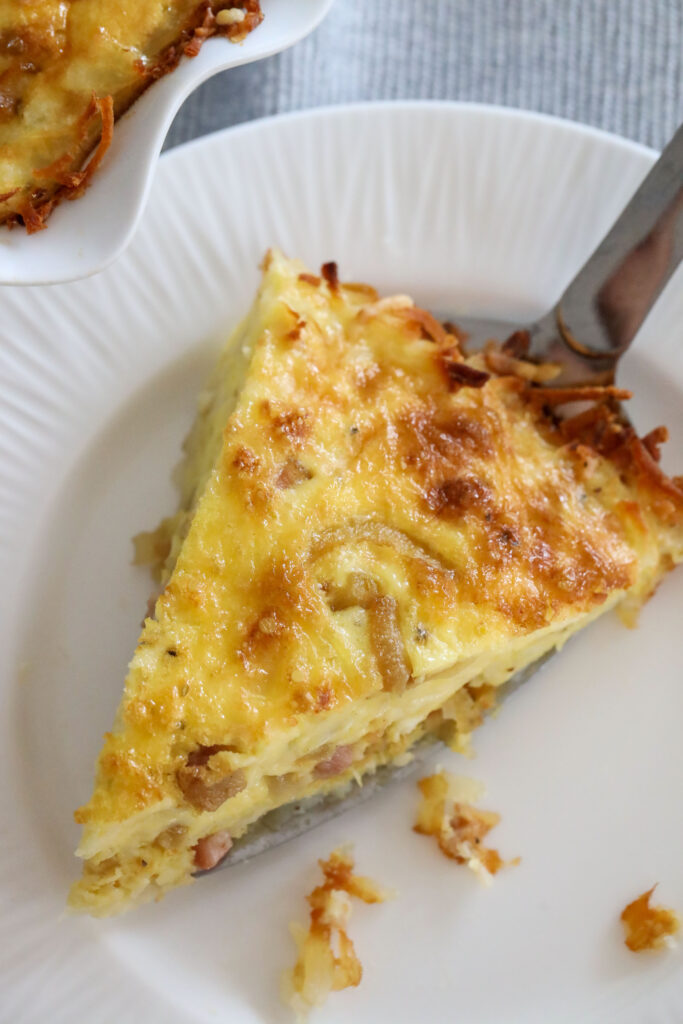 2 shares
Previous Post: « Get Wellthy Episode 32: Motherhood and Finding Balance in 2021
Next Post: Gluten-Free Pumpkin Breakfast “Cookies” »
Note: I only work with companies and products that I feel passionately about and that align with the Whole Smiths’ views and that this post contains sponsored content. While I am compensated for the work I do, my opinions and bad jokes are always 100% my own.